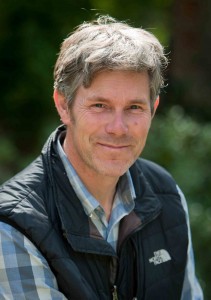 Clive Duncan Sanderson was born in 1959 and brought up on his grandparent’s family farm in Warwickshire, his love of nature formulated in those early years as a farmer.

Clive studied at Camberwell School of Art and studied Three Dimensional Design Silversmithing and Metalwork, graduating in 1988 with a full Hons degree and has since been a practitioner of the arts in metalwork and sculptural pieces.

Clive was initially inspired to set up his own business in memory of his grandfather – Charles Walter Branson – as a creative studio practice.

Clive worked for artistic metalwork studios within the UK and abroad to gain valuable knowledge and experience, whilst also continuing to develop his own portfolio of work, before setting up his current studio in 2006.

Clive has also been a part time lecturer for nine years at a Warwickshire College teaching craft skills drawing and design to learners on BETEC course.

“Inspired by his grandfather Charles Walter Branson to set up his own business.”

Clive combines over twenty years total experience as a designer and maker who has a passion for the natural world. His unique nature-inspired pieces have been commissioned and preside in private collections. 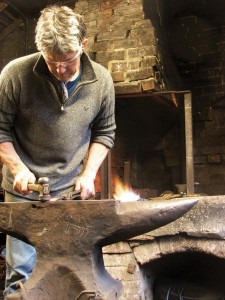 Warwickshire & Worcestershire Life Magazine March 1983 showing feature of village life at Halford and my work as a maker.