Showing latest and recent design news of our projects, exhibitions and achievements.

Award for Arbour from The Leamington Society

Clive Sanderson was awarded by The Leamington Society a Certificate of Commendation on the 14th July 2016, in recognition of the significant contribution made to the quality of Royal Leamington Spa by the Jephson Gardens East Lodge Garden. 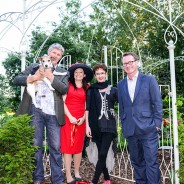 A year on from winning a highly-prized Silver medal at the Chelsea Flower Show, a garden featuring Clive Sanderson’s design has been brought back to life in Jephson Gardens for residents and visitors to the town to enjoy.

END_OF_DOCUMENT_TOKEN_TO_BE_REPLACED 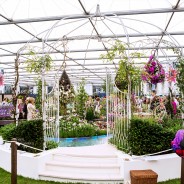 A stunning garden with ironwork designed and made by Clive Sanderson that was inspired by Royal Leamington Spa has won a Silver medal at RHS Chelsea Flower Show.