A year on from winning a highly-prized Silver medal at the Chelsea Flower Show, a garden featuring Clive Sanderson’s design has been brought back to life in Jephson Gardens for residents and visitors to the town to enjoy.

The garden was officially unveiled at an event hosted by BID Leamington, which managed the ambitious project, and attended by local businesses and volunteers who helped to make the Chelsea dream a reality.

The ornate arbour enclosure, made by metal sculptor Clive Duncan Sanderson, has been retained as the cornerstone of the garden, which is planted next to the new community beehive garden at the Willes Road entrance of Jephson Gardens.

A highlight of the unveiling was the first screening of the film, ‘Taking the Town to Chelsea’, which was produced to give a behind-the-scenes insight into the project and can now be viewed on the Royal Leamington Spa You Tube channel at ‘Royal Leamington Spa Town Centre’. 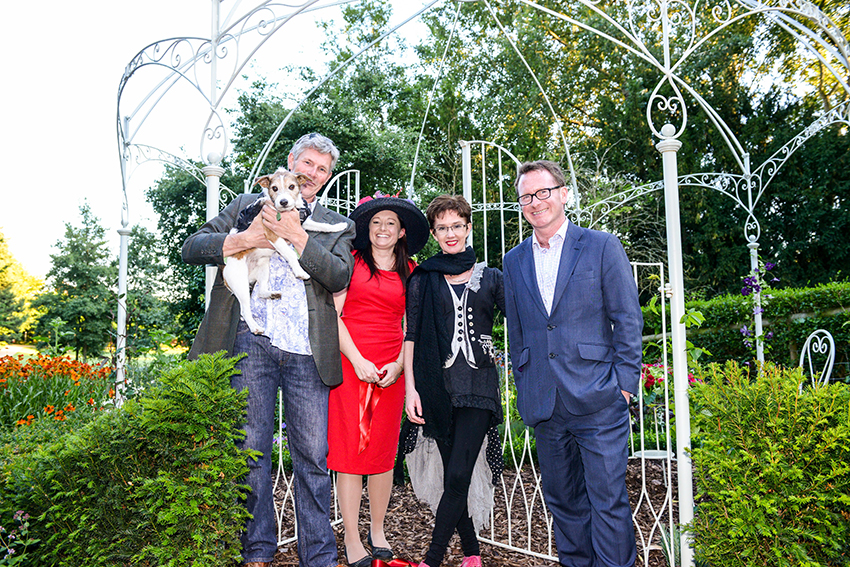