A stunning garden with ironwork designed and made by Clive Sanderson that was inspired by Royal Leamington Spa has won a Silver medal at RHS Chelsea Flower Show.

The exhibit was created especially for the world-famous flower show to celebrate the town’s deep horticultural roots.

The garden was developed by internationally-recognised florist Sarah Horne and garden designer Debbie Cooke, both based in Leamington, with Warwickshire born metal sculptor Clive Sanderson designing and making its Regency style arbour enclosure.

The design has captured the imagination of Leamington and will create a lasting legacy for the town.

After months of preparation, the garden took a week to build in the showground’s Great Pavilion before the gates were opened to the world’s media and members of the royal family for an exclusive preview on Monday (May 19) ahead of the general public.

Around 160,000 visitors attended the five-day show and more than three million viewers tuned in to television coverage.

The exhibit, reaching four metres in height and six metres in diameter, captures the essence of the Regency town with an ornate circular arbour leading into the garden depicting different landscapes.

The ambitious project has been managed by BID Leamington, which harnessed the groundswell of support within the town to make it happen. 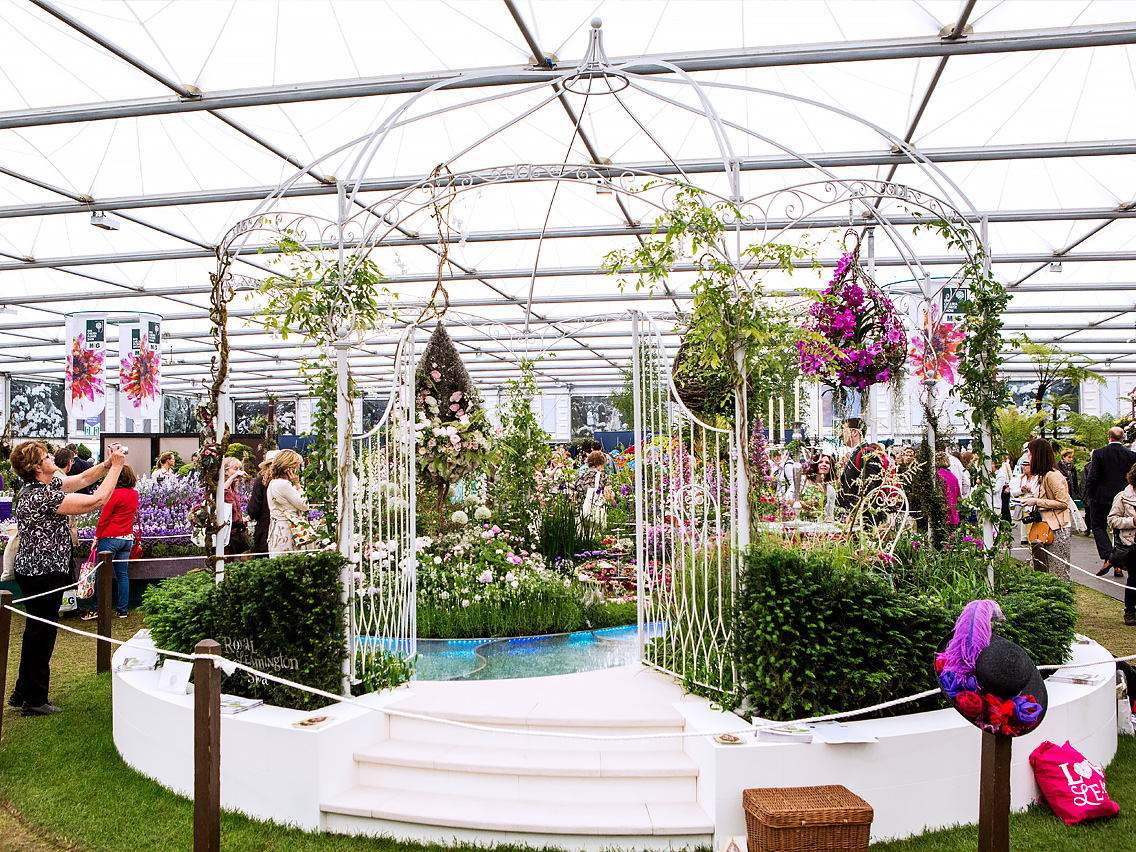 Stephanie Kerr, director of BID Leamington, said: “Chelsea Flower Show is the ultimate in the horticultural world and the garden has been an amazing showcase for Leamington. This is something for the whole town to be proud of and celebrate.

“We couldn’t have got this far without the amazing support that we have had from so many people and local businesses in Leamington and beyond, and would like to thank everyone who has helped.

“We can’t wait to bring Clive’s beautiful hand-made arbour from the garden to Leamington where we hope it will be given a permanent place in Jephson Gardens so that everyone can experience this Chelsea magic.”